I posted earlier this fall about our idea to be Aurora Teagarden and Nick Miller for Halloween.  We've watched a lot of the AT movies to decide on our outfits, and we finally decided to be Aurora and Nick from Heist and Seek.  It's one of the movies where they are dressed up (the other one is Reunited and It Feels So Deadly.) 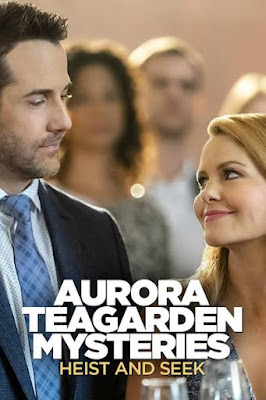 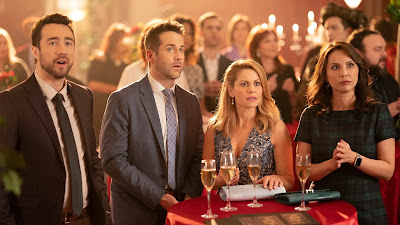 In going down the AT rabbit hole, I found the designer of her dresses in both of these movies, a company called Dress the Population.  And, I also found the exact dress on Amazon, but I decided that $200 was too much for a Halloween costume.  But if you want to replicate her costume exactly, you can!

For $40, I found a sleeveless sequined blue dress with a v-neck.  You'll see it in our Halloween post.  I may look for a strawberry blonde wig or I might just do a temporary pink-ish hair color.  I'll wear my hair pulled back on one side and a dangly earring like she's wearing above, plus a super pink lip color. 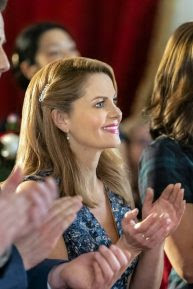 Fun fact: Nick's dress shirt appears to be white with small blue dots in some photos.  In other photos, it appears to be light blue.  We plan to find a shirt and tie for William at Men's Wearhouse or another local store.

If you decide to go with Reunited and It Feels So Deadly, a fun touch would be to replicate her class reunion name tag, and you could also do a 20 Year Reunion banner and blue and gold balloons! Aurora's dress here is also from Dress the Population. 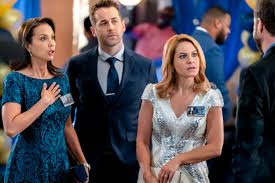